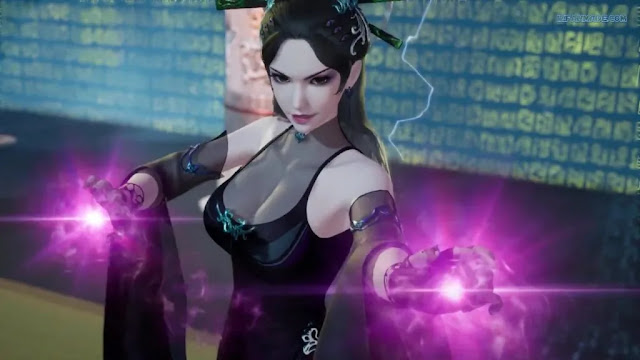 Introduction: As an ancient god, Ye Chen fell from the world of the gods to the blue world, where there are hundreds of states and thousands of countries, and the tyrants compete for hegemony. Ye Chen stayed in this blue world for hundreds of years and established a huge power.

In hundreds of states and thousands of countries, Ye Chen’s existence has always been a legend. But the power from the world of the gods slowly extended to the blue world, and a brutal battle between dragons and tigers was about to begin.

In the capital of Nanzhou, the first battle general of Tianbei Kingdom, Hong Xu, and Nanzhou Shuangyuemen Sect Master Wu Long competed outside the Huashen Palace, but unexpectedly lost in the hands of Su Xiaoxiao, the team leader of the maid team of Huashen Palace, and everyone was shocked.

The army of Bei Di appeared in the eastern part of Nanzhou, trying to break Nanzhou. Regardless of the safety of the people in Nanzhou and the dissuasion of Zhanfeng, the guard planned to open the city gate and surrender.

Su Xiaoxiao asked Wu Long and Zhanfeng to go to the outer door of Huashen Palace to do chores. In order to prevent the outbreak of the war, Ye Chen met the saintess Mu Qingxue and his entourage on the way to Beidi alone.

The flames all over the mountains surrounded them in the snow. Ye Chen fled in a hurry, and took Mu Qingxue with him by the way. Tolkhan, the lord of Beidi, went to the altar of the gods to seek the help of the old national teacher for the matter of the Flower Palace.

The old national teacher ordered Tolk Khan to carry his letterhead to the Clear Sky Sect, asking the Sect Master of the Clear Sky Sect to come out. Mu Qingxue returned to her home, only to find that her home had been destroyed. Ye Chen brought Mu Qingxue into the ancient tomb of the ancestors.

Ye Chen and Mu Qingxue discovered an ancient spaceship with wisdom – Ruoqi in the cave. When An Qi and Ruo Qi were traveling through the dark world, they were attacked by the Devouring Spirit, and their life and death were unknown. Only by finding seven life contracts can An Qi be resurrected.

Ye Chen used the power of space to rescue the high priest. Haotianzong and others broke into the Moon Shadow Villa and killed the children of the Flower God Palace. Su Xiaoxiao shot and knocked the deacon of Clear Sky Sect to the ground. Listening to the battle with Su Xiaoxiao and others. Su Xiaoxiao planned to take the doorman to retreat.

Followed Su Xiaoxiao and others all the way, and met Ye Chen, but was defeated instead. After the Clear Sky Sect destroyed Ye Chen’s Moon Shadow Villa, his subordinates suffered heavy casualties.

Tantaiyue launched a counterattack, not hesitating to use the Soul Refining Formation, Ye Chen shot and defeated Yan Hong, the Sect Master of Clear Sky Sect.

Then Ye Chen learned that the mastermind behind the Clear Sky Sect was actually An Xue, the goddess of the wind and snow. Ye Chen and his friends fought against An Xue and finally saved the world.